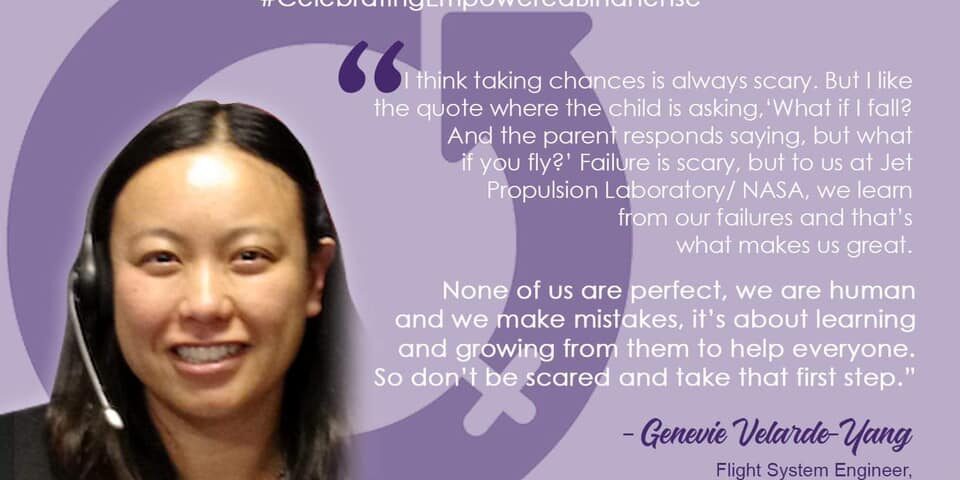 “I can’t wait to see what future missions are coming to NASA and hope many more students will take up engineering and be a part of helping out.”

“My last 4 years, I worked on Mars 2020 Perseverance Rover helping Flight Software test to make sure their requirements are being met, and 2 years before we launched, I transferred back to Operations to help the Uplink team to build and send commands to the spacecraft/rover,” Ms. Genevie told CIO.

Gen came from a small family in Brgy. San Jose, Biñan, Laguna. She is the middle child of Mr. Antonio Carino Velarde and Mrs. Thelma Nuqui-Velarde. She has two brothers, Michael James and Mark Raymond. She attended Countryside Montessori Preschool in Sta. Rosa City before they moved to California when she was 5. According to Gen, she barely remembers anything about the Philippines but she would often hear stories from her mother about how quiet and clean Biñan was back in the days. According to Mrs. Thelma Velarde, they grew up fearing nothing. They would play outside without fear of being kidnapped or ran over. They also loved eating pospas at Tonyo’s and halo-halo at Biñan Public Market after school. Gen is happily married to Daniel Yang and is blessed with a 16-year old daughter.

Gen, as her mother described her, was a very independent child. She is not someone who would stay put in one place. She prefers comfortable clothes rather than fancy ones. Gen loves sports. Among her favorites are volleyball, hockey and snowboarding. Gen’s father convinced her to take up engineering with the hope that she would someday work with him at Southern California Edison, a primary electricity supply company in Southern California. She graduated with Bachelor’s of Science Degree in Electrical and Computer Engineering from California Polytechnic University of Pomona. She had an experience working in other company but what makes her stay at NASA according to Gen, is because of the amazing people she works with and learns from every day.

“I think taking chances is always scary. But I like the quote where the child is asking, ‘What if I fall,’ and the parent responds saying, ‘But what if you fly?’ Failure is scary, but to us at Jet Propulsion Laboratory/NASA, we learn from our failures and that’s what makes us great. None of us are perfect, we are human and we make mistakes, it’s about learning and growing from them to help everyone. So don’t be scared and take that first step,” Gen told CIO when asked about her message to the Filipino Youth, especially to young women who are afraid to take chances and live their dreams 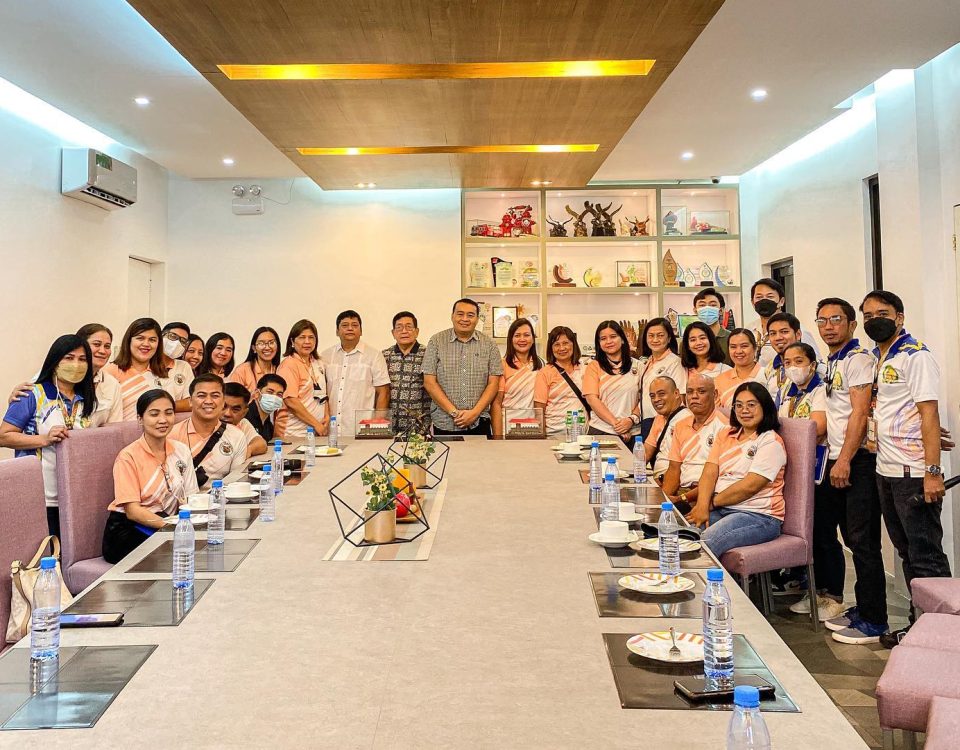 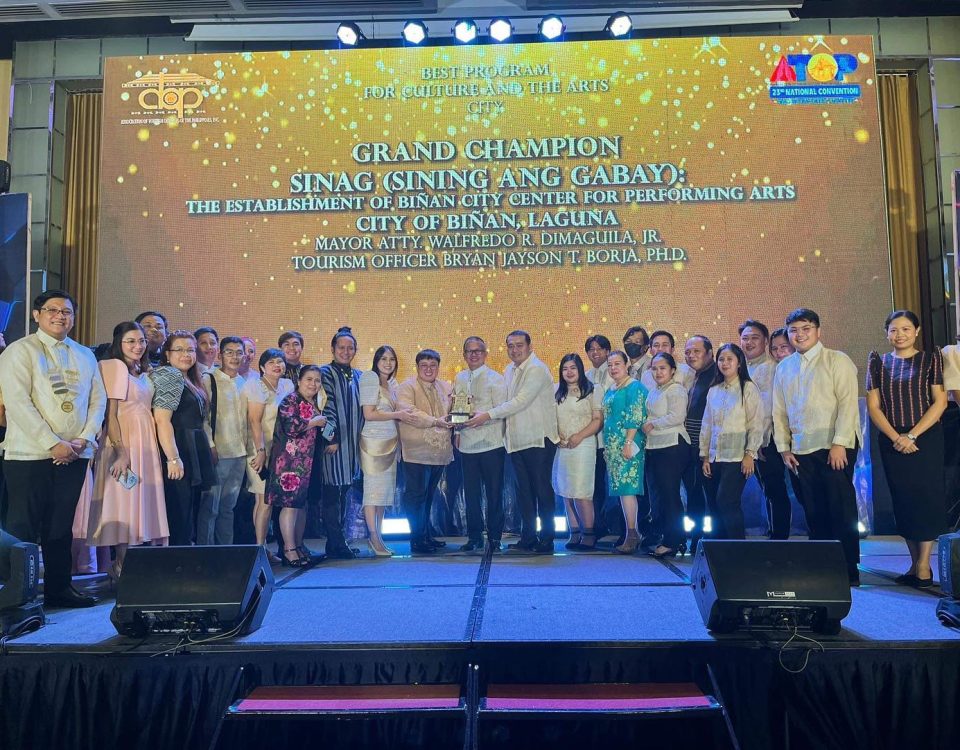 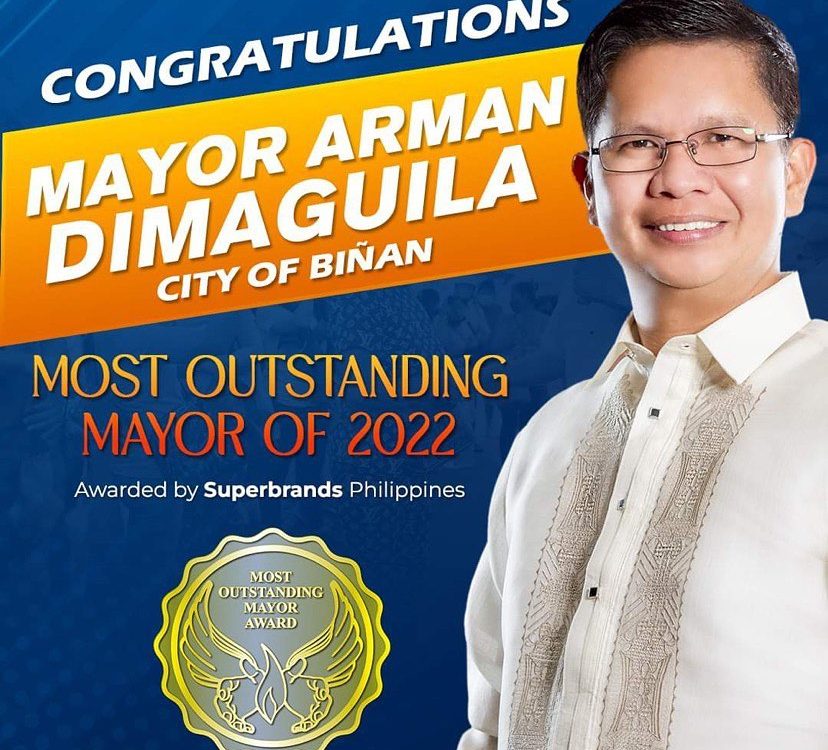 MOST OUTSTANDING MAYOR by Superbrands Philippines.